Why I don’t want to be labelled an alcoholic

Why I don't want to be labelled an alcoholic. 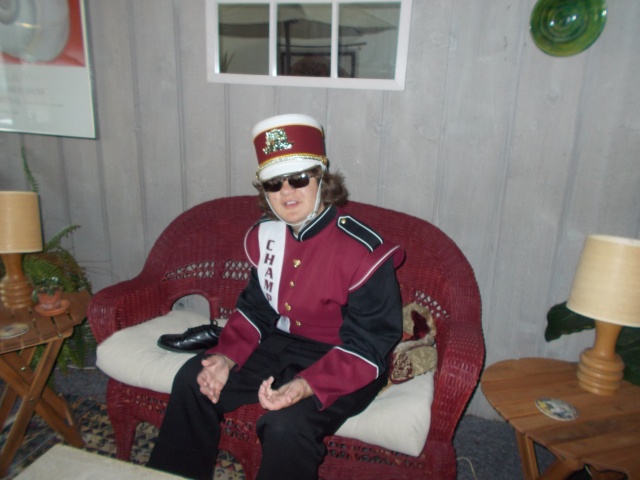 My son, who has Aspberger’s, found that his gut-wrenching transition to high school was eased by the acceptance he experienced from the other trombones in marching band.

Note to self and others: do not drink the wicked (but apparently healthful) murky green concoction known as Japanese matcha tea late in the afternoon, if you are at all sensitive to the effects of caffeine, and want to fall asleep before 2:00 a.m. and wake up before 11:00 a.m.

Today was supposed to be THE day when I was cancelling all appointments (and hurt my “friend’s” feelings in the process, more on that later, maybe) and spending it figuring out who I am, and what my purpose in life is. I know that’s a tall order for just one day, especially when said day is shortened by not waking up until 11:00 a.m.  when I proceeded to make myself another cup of the murky green stuff. My theory is, although I haven’t done my usual thorough web search to prove it, that matcha is higher in caffeine than other green tea because they grind up the whole leaves of the tea to a fine powder, which is then mixed with hot water, releasing more caffeine, instead of just steeping the whole leaves in a bag in the water. Because the whole leaves are ground up to make matcha, it’s also supposed to be much higher in antioxidants. (And considerably more expensive, due to the painstaking growing process and how each leaf is hand picked by a stalwart Japanese farmer. Fortunately mine was a gift.)

So one of the things I wanted to do was empower myself today in some way. What better way than to supercharge my batteries with murky green stuff? Although I’ve read that caffeine is actually not that good for you, I am not sure I am prepared to give it up yet. I’ve given up gluten, cow dairy, many vegetables in the nightshade family, and of course, drugs that are legal in a couple of states but still not in most others, and alcohol. That’s probably enough for now. Oh yes, second note to self and others. In addition to not drinking full octane murky green stuff at 5:00 p.m., do not eat an entire large bar of 77% cocao dark chocolate at 10:00 p.m. because there is caffeine in chocolate.

Well, enough about all the ridiculous things I did yesterday to keep myself awake. One of my ways in which I want to empower myself is to be more forgiving towards myself, and kinder. Right now there’s a little voice in my head saying, man, was that ever stupid of me to over caffeinate on matcha tea and dark chocolate. STOP IT little head voice! Go away! It’s true that I was thrown off my sleep schedule by a couple of hours, but no one came to harm, no disaster has befallen me. I don’t have to work today. The only repercussion is having a little less time to figure out my life! And hey, I can always work on it again tomorrow! I am not stupid! Maybe a little careless, but the chocolate was totally worth it!

And as for you, little guilt voice in my head, telling me what a bad romantic partner I am to my “friend” for cancelling our lunch date wherein he would have been loving and attentive but also have taken up a significant portion of the day I wanted to devote to tovebird empowerment, you can just stop it, too! He really worked me over in the guilt department, too, ensuring that the little voice would pop up, by sending me this sad email where he talks about me outgrowing him and all…boy, did I ever have to do a lot of reassuring after that one, and of course now feel that I can never take another empowerment day for myself ever again because I don’t want to hurt his feelings again, and make him feel insecure about the relationship.  Wow, there, I said it. He truly has me over a barrel and I am feeling totally not empowered….this sucks.

Fortunately I have the rest of what’s left of the day to rally. Perhaps some chocolate would help.

Welcome to my home blog

It’s after 10:00 a.m. and I am still in my nightgown, in bed. That’s how I roll. I do have to get up eventually, since my “friend” (wink, wink — I have to be discreet here) is coming over to have lunch with me. It’s a bitterly cold but sunny day here in Central Illinois (a.k.a. The Center of the Universe) and my fourteen year old love of my life is home from school. A little wimpy of the school district to cancel school today (1 degree F. with a wind chill of minus 15) but it’s is nice he is here, albeit in his room with his door shut, since I only see him half the week now. He’s totally addicted to the internet, which is just another way in which he is like me in personality, and I worry about that in him, and in me. I have been letting life mostly pass me by lately while I surf the net for life’s answers. I am beginning to wonder if life would not be better served if I just did something? Anything? Bueller, Bueller? But not today, it’s just too damn cold!